The Showcase of WAX.io NFT newbies 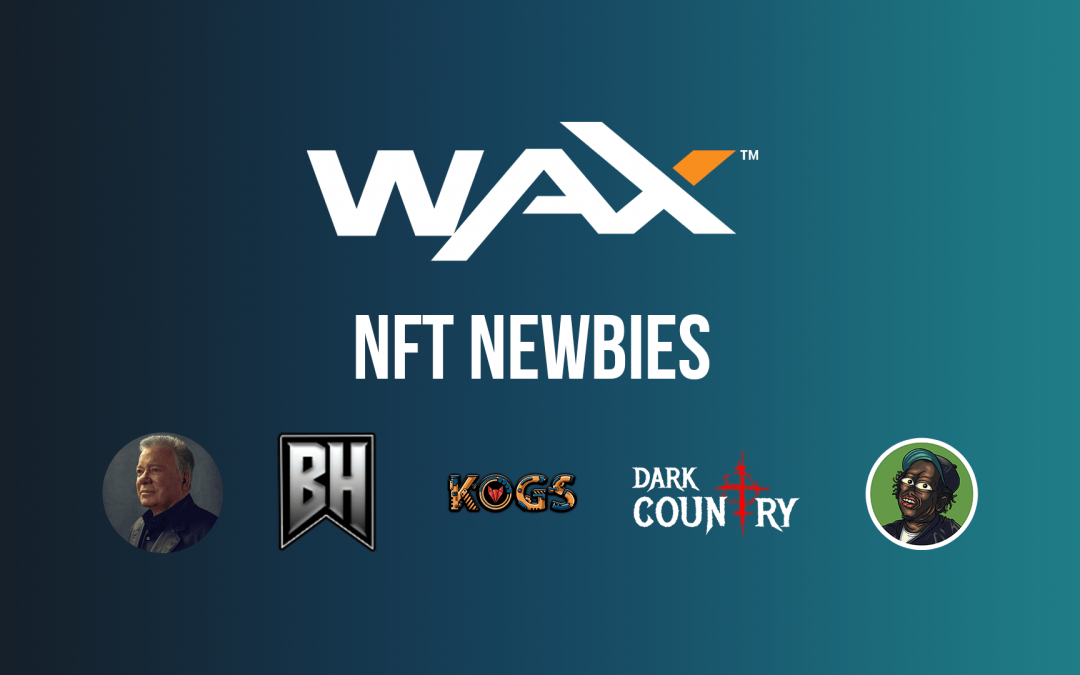 Recently, a lot of NFT projects have appeared on the WAX blockchain and it does not seem that the demand is falling. We can say that the market is developing by leaps and bounds and even more interesting and high-quality projects will appear in the nearest future

But first of all we need to say a few words about a platform where all WAX NFT’s activity happens – Atomic Assets. For now the majority of all NFTs on WAX use Atomic Assets standard.

Atomic Assets are made by the WAX block producer pink.network. They did a huge job within the WAX.io ecosystem. They gave for the community assets standard and a user friendly marketplace for NFTs. And ше must be said that the guys made a great contribution to the development of the asset market.

So let’s turn back and take a look at what has appeared on Wax in the last few months.

William Shatner is an iconic actor of Star Trek’s Captain Kirk & other roles, social media guru, and WAX NFT partner to the WAX Advisory Council released an intimate collection of photographs from his personal life and film career as digital memorabilia cards that can now be bought, sold, and traded on the WAX Blockchain.

Looks like this collection was highly appreciated by the community

This is the project of Bad Crypto Podcast guys Joel Comm and Travis Wright. It shows up on WAX in August and starts a sale of the first Blockchain Heroes Series August 8th.

There were Hero and Titan packs with 5 and 30 cards inside respectively. For now packs are sold out and Blockchain Heroes NFTs are available only on the secondary market.

KOGs are collectible & playable non-fungible tokens (NFTs). As it is said by the developers, KOGs isn’t just another NFT app. KOGs-powered games are breaking the boundaries of blockchain’s capabilities. While most collectible NFTs are nice to look at, KOGs are always ready to play. You can collect, trade, and sell KOGs — or pit them against other gamers in online tournaments.

The project is developed by RFOX Games. Guys decided to make a digital blockchain version of a popular POGs game. They launched the 1st Edition KOGs pack sale August 18th on Atomic Assets for only 3 hours.

For now KOGs are a TOP seller on https://wax.atomichub.io/. Guys have a huge plans and will reveal their game economy next month

Dark Country is an american gothic CCG based game. Dark Country Heroes — the explorers of Dark Country lands! Heroes are game characters that are used to explore one of four Dark Country lands locations. They will lead your army and fight for rare resources and artifacts with other players and in-game lands invaders.

The game is developed by WAX block producer Dapplica. The game development is in the final stages. The team announced their Heroes sale with the Unpacker tool September 14th and just in a few days they went live.

For now Hero Packs still available for purchase on https://wax.atomichub.io/ and can be unpacked here – https://darkcountry.io/unpacker

The Dark Country Alpha version of the game is now being tested by the limited number of loyal community. It will be available soon for Early Access ticket owners.

GoPepe.io is the collector’s dream come true. Focused on secondary markets, burn mechanisms and ultimate scarcity. GoPepe trading cards not only offer high-end artwork quality, they also come with a variety of unique features to increase the user experience immeasurably.

The project appeared just a week ago and seems it is a promising one. It has all traits of a successful project – fine arts, recognizable meme background and a proven monetization model. Let’s observe.

Definitely there will still be quite interesting projects coming up very soon and interest in NFT assets will only grow. We invite you to take your part in the development of this exciting world of collectors and gamers.

Read the latest articles from Dapplica

Why WAX is a blockchain project that definitely can