Why WAX is a blockchain project that definitely can 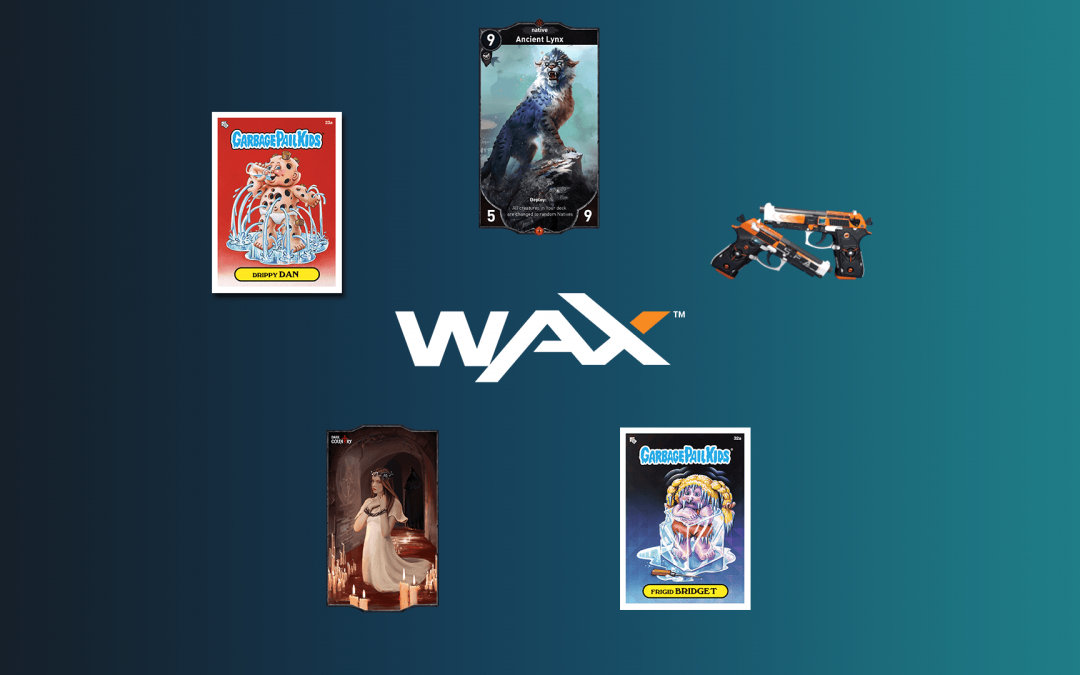 Several years ago nobody particularly heard about the WAX.IO blockchain project. OpSkins, a project of the same team, was quite successful and it seemed there was no point in changing anything. But no. Now OpSkins does not exist, and WAX is a notable player in the blockchain market that has every chance of catching up with its parent – EOS. The WAXIO project is proactive, visible, and fully focused on a narrow niche.

We suggest that you take a deeper look at what WAX.IO is, how they get it and what awaits us next.

The first information describing WAX.IO project appeared at the end of 2017 as an interview with team leader William Quigley

It describes the idea of owning virtual items at almost the same level of tangibility as physical objects. Owners of such items can handle them as they wish without risk of being banned and left without their property.

In general, WAX.IO stands for Worldwide Asset eXchange, which could be perceived as a complement or a complete replacement for the OpSkins project.

This raises the question of why should the team create a competitor to their own product. Since 2018, you can find a lot of information on the fact that OpSkins had an unfriendly relationship with Valve. Since the virtual items on OpSkins were mostly based on Valve items, in principle the reason can be discerned. In any case, we do not pretend to be true, and a little strayed from the main topic.

During the years 2017-2020, the idea of the WAX project developed significantly. A vision of a decentralized applications platform appeared and the project began to emerge as not just a NFT assets marketplace, but a full-fledged ecosystem, which is focused on NFT items.

Initially, the WAX.IO launch was planned on ETH, but then the vector was changed towards EOS, as a faster platform.

WAX.IO now is a rapidly growing blockchain platform with fairly good projects on board.

Quality EOS dApps migration was initiated, such as Prospectors for example. There is an adaptation of several popular applications from Ethereum as well.

Realizing that the crypto games market is not so large yet for mass circulation of virtual items, the WAXIO team has relied on attracting projects outside the blockchain market. The first and most successful at the moment is Topps GPK. Having historical value, they fit perfectly into the virtual NFT item format. Only two GPK virtual card series were released and the last was sold out in 67 minutes.

With the growing number of virtual NFT items we can say that a market ecosystem has formed on the platform with many NFT marketplaces. They are in full swing trading in various NFTs.

It should also be said that WAXP token is trading in pair with BTC and ETH on worldwide highly reliable crypto exchanges like Huobi and Bittrex.

Why WAXIO is a project that definitely can

From our point of view, the main advantage of WAX is a clear focus on its efforts. A clear path with a promising future was chosen – virtual NFT items. For the user, this gives a clear idea of what value he receives. For the project, this makes it possible not to waste time and other resources on everything at once. Any WAXIO activity is aimed at the growth of NFT items turnover in their ecosystem.

Who are we without partners? Having strong partners we have the opportunity to grow at multiple rates in short intervals. WAXIO always chooses the best of those who can become a partner. Initially, in the early stages, there was a focus on crypto projects and the first to enter the platform were Prospectors, an accomplished game with its own user base. By the way, more users are playing on WAXIO now than on EOS

The next key partner was Topps, which was mentioned earlier. This is almost the first experience in history when a well-known offline project is integrated into the blockchain technology. And just recently, the Atari game studio announced a partnership with WAX!

It seems that this is only the beginning.

The Future of WAXIO project

Judging by what we can see, the WAXIO story only begins. All decisions within the project as a whole bring results and with each new achievement the project picks up speed, becomes stronger and more noticeable. Realizing that the blockchain gaming market is in the early stages, we can say that WAXIO has taken a leadership position here. It is developing the market using a strong focus strategy and attracting successful projects from the outside to a new niche on its platform.