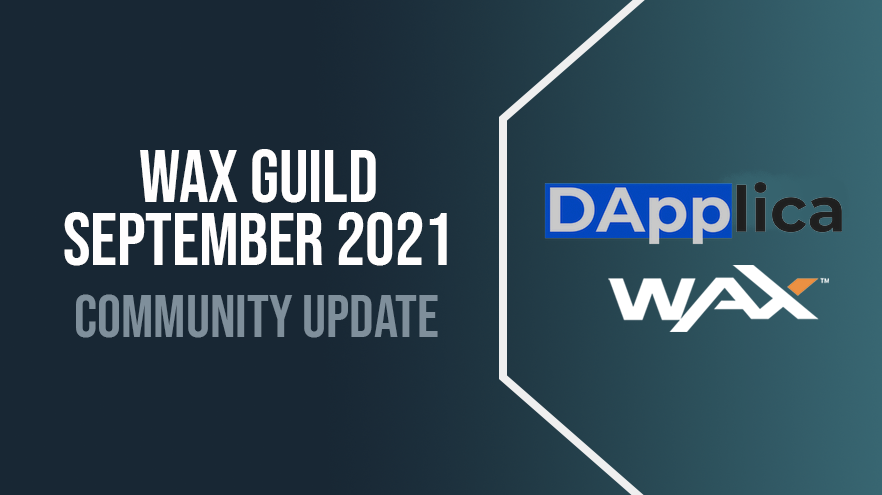 September has been a hot month for Dapplica and especially its products and activities.

Our team has been working hard to deliver number of product updates, so let’s deep dive into.

Dapplica is also consulting several external projects on how to make collections in a right way, a NFT drop in a right setup, being a tech partner to some of those. We will unveil some of these in next posts.

Dapplica as WAX Guild also has lots of ideas that we would like to bring into WAX ecosystem, most of these are related to our strong side which is gaming. We are keen to make development of games to be easier and more straightforward on WAX.

Aside from that we are working towards adding more into our infrastructure services. Which we will update in the next Community Update.