Why our bet is on EOS? 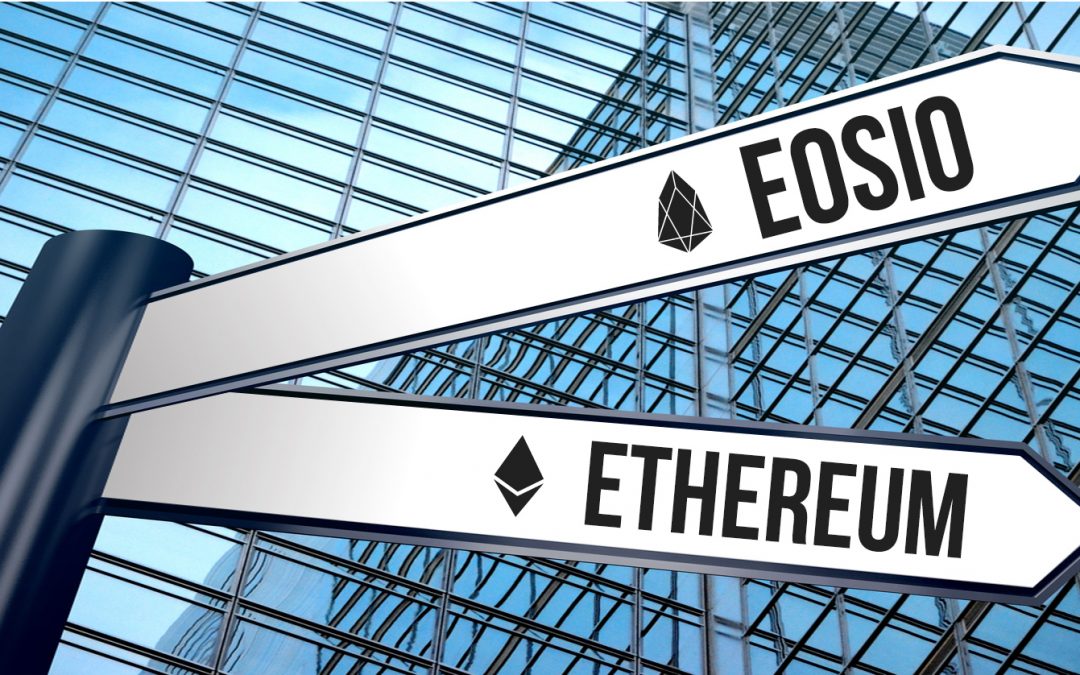 As a dApp developer, we are primarily interested in customer satisfaction. And as always, client needs a product of the highest quality, as fast as possible and preferably cheap. The balance in these 3 components is always difficult to find. Fortunately, part of the solution to such problems lies in the technology used to develop the product.

We made a research before we decided to start our path in dApp development. Dapplica team carefully examined all options and blockchain platforms on the basis of which will be possible to build full-fledged blockchain applications.

Our choice fell on the EOSIO platform. We wrote about EOS potential earlier – https://dapplica.io/blog/eos/eos-is-new-silicon-valley/

And now we want to talk about our blockchain platform choice.

The pioneer of smart contracts implementation was Ethereum blockchain. It was also the first to provide the opportunity of dApps development. But first is not always the best. Ethereum technology is becoming obsolete. More and more alternatives appear on the market. They are cheaper, faster and more convenient. The flagship of such alternatives is EOS blockchain.

Since the EOS blockchain announcement, it has been dubbed Ethereum killer. And not in vain. After the EOS launch it is rapidly gaining momentum and it can safely be called #1 decentralized platform.

In the number of transactions EOS is the absolute leader at the moment. There is about 44M transactions weekly occurring in EOS blockchain and this is 4 times more than in all other blockchains combined.

Despite this fact EOS platform remains as energy efficient as possible. According to eosauthority.com EOS network consumes less than 0.01% of all energy spent on maintaining Bitcoin network. Ethereum uses 26%.

The market doesn’t sleep! Let’s take a look at dApps statistics in the most trusted source – DappRadar. You can see that EOS is the leader among dApps.

According to information from DappRadar, inflated traffic with the purpose of manipulating the statistics and not representing the genuine of a dApp is filtered and excluded. Thus, we can assume that the numbers indicated below show us real picture by the number of users.

5 out of TOP 10 dApps by user base are developed on EOS blockchain.

In addition, the sensational first MMO game Prospectors was launched on EOS in June this year. Now guys are in first place in terms of user base. It is important to say that Prospectors initially planned to launch on Ethereum. And this is not the only case when blockchain developers changed decentralized platform in favor of EOS.

So what are the EOS platform advantages over others? We offer to compare it with the most powerful competitor in the face of Ethereum.

Let’s take a closer look at both blockchains, EOS vs Ethereum.

Ethereum uses Solidity language for writing smart contracts. Solidity was developed by Ethereum team specially for their blockchain. It is very similar to JavaScript, therefore an experienced JS developer will not have big problems with understanding. The problem with this language is that it is not full-fledged and is constantly in the development process. This complicates the developing process and takes more time for Ethereum decentralized applications.

EOS smart contracts are written in C ++.  From a development side this is a huge plus. The language has been around for several decades, there is a lot of information about it and it has a large developers community. There is a huge development infrastructure in C ++, which greatly simplifies and speeds up developing process.

It is not entirely correct to compare Ethereum and EOS protocols, since they are different. But it is important to highlight several convenient features that EOS offers in its protocol. It is accounts and permissions. Such features make it possible to implement more complex logic, such as security, models of user access rights and user authority of the dApp.

Since Ethereum blockchain was launched for 2 years earlier, at the moment there are more tools and environments for Ethereum decentralized applications development than for EOSIO.

In fact there were no high-quality development tools for EOSIO by the beginning of 2019. But now a lot of new tools are appearing, such as https://www.eosstudio.io/. So this is a good advantage for EOS and a serious challenge for Ethereum.

Each transaction in Ethereum costs gas! It is used to pay for the work of miners who maintain the network. This mechanism underlies the proof-of-work consensus of Ethereum blockchain.

EOS works with a different type of consensus – delegated proof-of-stake. According to the consensus functioning principle, nodes, which maintaining the network, receive rewards from annual inflation. This allows transactions to be free.

I think there is no need to argue what is more beneficial for the user.

Ethereum network performance is about 15-20 transactions per second. In addition, the less gas a user is ready to pay for a transaction, the further it will be in the queue. Sometimes it takes several minutes to wait for transaction confirmation. This state of affairs isn’t best reflected on dApps performance.

Things are much better with this in EOS platform. Firstly, network performance is up to 4000 tps, which is 200 times faster than Ethereum. Secondly, they are free. There is no need to wait for your turn in EOS, transaction is processed almost instantly.

There are many advantages of using EOS. Despite this fact, it is clear that EOS as a product is at the initial stage of development and is still quite crude. It requires constant testing and improvement both from the side of blockchain developers and from Block.one.

Ethereum is still ahead due to maturity and greater brand awareness. But from our point of view, this is temporary. A number of key advantages were originally laid down in the EOS, which already put competitors in the catching up position.

Our advice is to choose EOS platform for your next dApp. Dapplica can help you with it and with any other questions about blockchain technology.

For any consultancy about your EOS dApp idea – contact Dapplica here.