TOP 7 Game Projects on the WAX Blockchain: Rating by Dapplica 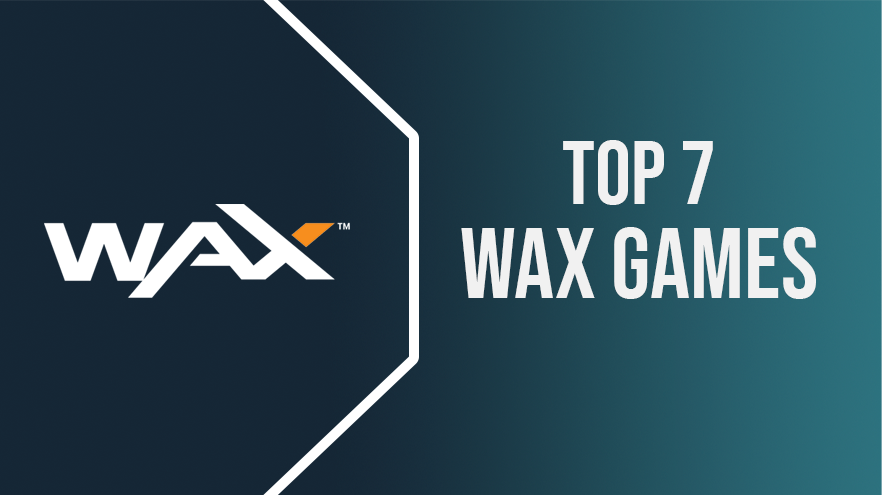 There has been quite a stir in the blockchain world while NFTs were in full swing.

And actually, the realm has greatly thrived for the last six months.

We successively followed the frame of fruitful events from a bunch of play2earn projects to make a TOP 7 WAX blockchain Games by gameplay level, community engagement, and secondary market volume criteria.

Let’s move on to get a deep dive into Gaming WAX DApps!

How did we count?

Gameplay is our complex expert assessment ranging from 1 to 10 points.

Here we took into account the stage of the game development, the game attractiveness for the user, and the variety of game features.

To calculate the subscribers’ rate we took Twitter and Telegram members –  the most popular social media channels for most of the projects. We haven’t included Discord, for example, as long as not every project has it.

For the secondary market score we also took the maximum sales volume as 10 points and calculated the remaining values the same way as in the previous case.

So, let’s have a closer look at all the games!

Developers created a gameplay silver bullet: even starting from scratch with the individual assets, you stand a chance to gain valuable items just in one click!

It’s the savvy way to break the hurdle of serpentine user flow and turn it into an easy Play2Earn adventure! Still, there is no real fun or entertainment. Just dull mining.

R-Planet goes beyond creating unsophisticated gameplay, which boils down to elements creation from the four basic ones: water, fire, air, and earth.

It’s best to lead by example: let’s say you have a Dark Country item.
Without hesitation, you surf to RPlanet.io and stake your card.
The token pool is shared by all Dark Country cardholders. Aether accrued every hour according to the staking power of each card.

Passive income and nothing personal:)

Plus, the gameplay experience boosted by daily tournaments alludes to User engagement along with game-of-skill spirit.

Introduced primarily on the WAX blockchain, Dark Country has recently come to the fore.
The project unveiled packs on the Flow scene apart from WAX and caught the attention of even more gamers around the globe.

The game is really worthwhile and recommended to get acquainted with if you still have not!

HodlGod is a 3D PvP blockchain battle game brought up in the PC version.

The superb fantasy narrative is heated by the eye-popping graphics.
And the Users’ equality creates an action-oriented atmosphere: every player enters the game with the same chances to win x1000 of their investments.

Only skills, time, and dedication matter.

Lands experience included as well so that the User can choose the augmented reality unit.
It makes the game indeed interactive and miscellaneous over the typical plots.

The pre-game phase does not deter it from captivating the players with a wonderful artistic idea, successful take-off, and active development.

So far, only card crafting is available, but nevertheless, it is a total pleasure to use for this purpose not ordinary cards, but a carefully executed sketch of Martian-themed playing cards.

So the community expects the next stage of gameplay with the token release.

The project has great opportunities and bright potential.

It is a new racing game on the WAX blockchain.

Rolled out not so long ago Novarally has built great and savvy in-game assets and activities structure.

The game is entitled to have a sagacious system that anticipates further actions of the round.

On the flip side, players can choose the type of rules they are eager to follow too.

Zooming out, we hope you’ve got some hints on how to spend next weekend evening, and you will find it helpful.