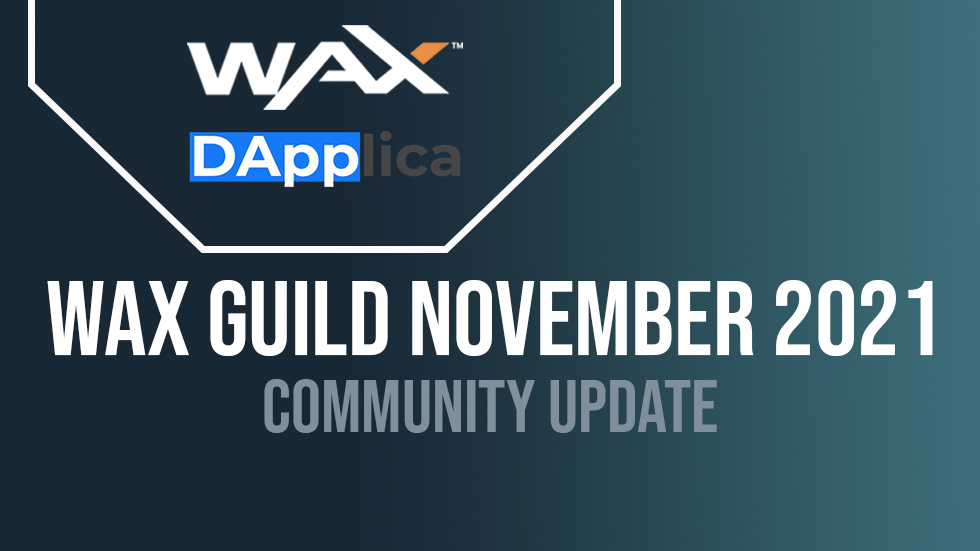 Dapplica congratulates Deep Mine with successful NFT sales and great multipliers to all that made to get an NFT and aftermarket activities for this project. As a partner, we are helping on delivering technical things to Deep Mine as well as advising.

Dapplica wants to congratulate another partner, Wombat wallet. Wombat is finally part of the WAX ecosystem launching a solid promotional campaign. Dapplica did several introductions to other WAX projects, so many now support Wombat wallet users. Dapplica is on its way to making a PR campaign along with Wombat and our products such as Collect.Social and Dark Country.

Another project, that was brought by Dapplica from the very start of WAX is Prospectors. Prospectors have launched auctions and Grant Land gameplay in November as well.

Moving forward, Dapplica is expanding its infrastructure presence and looking forward to building several data services for WAX, some community tools, and launching a PR channel. Stay with us, vote for Dapplica GUILD.